Nutrition is a huge topic. There is so much to know, so many contradicting theories that sometimes it can be overwhelming and hard to find your own truth. Luckily, here we have a perfect introduction to this huge topic. Kate Spencer is starting us off with the most important thing, FLUIDS.

This post is beautifully written from a science based point of view and is aimed at those going to the Oceania squad this weekend. Some amazing information is included in here and I think you should all be taking note of this!

Kate is a former Oceania and National champion and has attended three World Championships (2011-2013) competing in the combined event (figures and free). Now she’s working towards achieving a degree in Bachelor in Sport and Exercise Science.

If you can’t get enough of this post, don’t worry! There’s a second part! Kate will be back with a piece about pre competition and post exercise nutrition.

Water plays a crucial role in exercise, especially for thermoregulation (automatic regulation of one’s temperature). Dehydration not only affects performance, but also causes serious complications, even death, if not managed properly. Electrolytes play a fundamental role in the regulation of water distribution in various fluid compartments in the body. Sodium in particular has a major influence on fluid regulation. The electrolytes potassium, chloride, and magnesium are essential to muscle contraction and nerve conduction. Any disturbance in the balance of electrolytes in the body fluids could interfere with performance.

Under optimal conditions the body can survive 30 days without food but only 4 to 10 days without water. Water is the largest component of the body, representing from 45% to 75% of a person’s body weight. Water affects athletic performance more than any other nutrient. Consuming fluids in sufficient amounts is essential for normal cellular function and, of particular importance to athletes, thermal regulation. Ironically during physiological and thermal stress, humans do not adequately replace sweat losses when fluids are consumed at will. Most athletes only replace about two-thirds of the water they sweat off during exercise.

Following is a rough guide to fluid replacement:

Fluid replacement occurs in three general time frames: before, during and after exercise. The ultimate goal is to start exercise in a hydrated state, avoid dehydration during exercise, and re-hydrate before the next training session.

Consuming at least 0.5L of fluid 2 hours before activity provides the fluid needed to achieve optimal hydration and allows enough time of urination of excess fluids. Because rapid absorption is not critical athletes can choose to drink water or any other nonalcoholic beverages: milk, juice, carbonated or un-carbonated soft drinks, sports drinks, and so on. The fluid can be consumed with or without a meal.

Many athletes do not voluntarily drink enough fluid to replace sweat losses during exercise. Inadequate fluid intake is compounded when athletes are not given time to drink and are not given free access to fluids.

The goal of fluid replacement during exercise is to move the fluid from the mouth, through the gut, and into circulation rapidly and to provide a volume that matches sweat loss. This is achieved by providing fluids that are absorbed rapidly and that the athlete finds palatable, and by providing time for drinking. Athletes should start drinking before sensing thirst and continue to drink at regular intervals.

A variety of fluids can serve as effective fluid replacements during exercise. Cool water is an ideal fluid replacement. Other options for fluid replacement include commercial sports drinks or homemade sports drink such as diluted juice (Diluted Raro and a small amount of salt is perfect!). Carbohydrate consumption is not required for athletes participating in events less than one hour. Sports drinks or solid food such as fruit, sports bars, cereal bars, cookies, etc provide carbohydrates for athletes in aerobic endurance activities lasting more than an hour.

The goal after a training session is to prepare the body for the next workout. Monitoring body weight and replacing each 0.45kg loss with 0.5L of fluid is a helpful guideline to ensure adequate fluid intake. Urination occurs before complete fluid balance is achieved. Weight should be regained, indicating that rehydration has occurred before the next workout. Water is an ideal fluid replacement however flavoured beverages may be more effective at promoting drinking. The ideal fluid replacement beverage depends on the duration and intensity of exercise, environmental temperature and the athlete.

When significant sweating has occurred, consumption of sodium chloride (salt) in beverages or food minimizes urine output and hastens recovery of water and electrolyte balance. In practical terms, that means that the athlete should consume a wide variety of beverages and foods after training. Most fluid consumption comes at meal times, the water comes from both food and beverages. If rapid rehydration without significant food intake is required, as in a tournament situation, consumption of a beverage containing sodium chloride is recommended to reduce urinary output and maximize water retention.

The best advice is to drink plenty of fluids, often, between bouts of training or practice and not to rely on thirst to guide fluid intake. 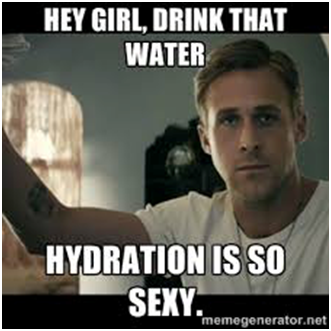 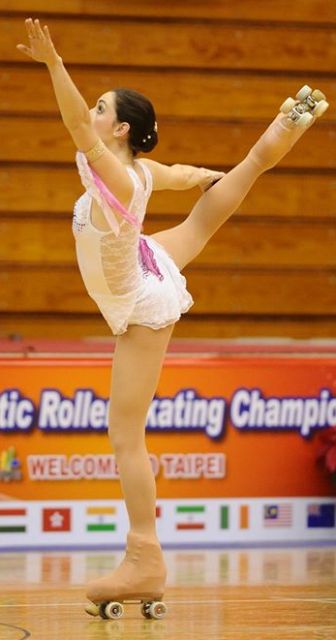