Mental Training Intro and a story from Nationals

As you may know by now, I believe in mental training. I have used visual imagery, mantras, meditation, positive self talk and keyword repetition pretty much at every competition. My personal experience with mental training is a positive one and I use it for my own skating and life and also teach my skaters how to use it. I believe that your mind can either make you or break you. How many times have you seen a talented athlete not perform their best because they fall victim to their own anxieties? How do you think they would have performed had they been taught how to regulate their emotions, thoughts, feelings? How many times has your coach (or you’ve stood there as the coach) told you to do the jump/step/sequence/spin again because you’re still making the same mistake and no matter how hard you try, you just can’t do it? If you’ve been in this situation, keep reading and you might just find out something you didn’t know before.

I think it’s important that we as coaches educate ourselves in mental techniques to help our athletes over come their own mental struggles and teach the skater to talk to themselves in a positive and encouraging way. No matter what you say to your athlete, it means nothing if they don’t actually believe you. You can be saying the best things in the world but if they are going to talk to themselves negatively before a competition, they won’t perform their best. Often it feels like there’s nothing you can do as a coach and a skater. You begin to feel like the skater is doing it to themselves but a negative head space is not something you can simply “snap out of”. Anxiety and stress have very real mental and physical consequences and it is important to understand this as a skater and a coach. I have been there both as a skater and as a coach. Some times I have let my head run away with me and allowed it to ruin my competition. But I have also been there and over come these thoughts as a skater and helped my skaters over come them as well. Skaters: It is not as hopeless as you may think. A negative head space is just that, a head space.You got yourself into it and you are capable of getting yourself out with the right tools. You do not have to suffer and succumb to your negative thoughts. You don’t have to accept them as fact. They are just thoughts.  And coaches, just because you watch a skater “self destruct” before a competition, does not mean this has to be the reality forever. Not all is lost. I have never known of a skater who puts themselves down on purpose. They just need your help to learn how to regain control over their own head. It is possible with time and effort to turn it around. It won’t happen overnight but with perseverance, it is possible. I am here to educate you on how to get yourself (or your skater) out of it and hopefully convince you that it is worth learning about.
Just to back up my point of view, we’ve been over this in one of my neuroscience classes (shoutout to sportsci 305). One study stood out to me and really illustrated what I already knew to be true. I’ll quickly summarise it here so you don’t have to read boring articles. They gathered people who had never played the piano before and were asked to play a piece. Then they were given time to physically practise, mentally practise or not practise at all. They were tested before and after and the number of errors were counted. Obviously, the group who didn’t practise did the worst and the group that physically practised did the best. However the mental practise group still improved even though they’d done no physical training. So mental practise is beneficial but not the absolute best by itself. The best part of this study was that they didn’t stop there. They then combined physical and mental practise and the group that did both made even fewer errors and performed better than the physical practise group! When they said this I was sitting in class like duh! Of course it worked! I do this every day! But now I know I’m not just some hippie with this weird idea because it’s been scientifically proven.

Just to quickly explain how, when you do a movement and you practise, your brain gets more efficient and your nerves will “fire” faster and quicker the next time you do it until it becomes so fast that you stop thinking about it. This is what’s happening when you feel something becomes easier (and the reason why you must practise), your brain is becoming more efficient at performing the skill. It’s essentially building a “map” of how to do the skill. With mental practise, it is sort of like you’re preparing (priming) your map of the skill without even doing it physically. So when you go to practise, your brain already has a map of which pathways and nerves it wants to activate in order to perform the skill. If you were to look at brain activity during mental practise and physical practise, the same pathways and areas of the brain woul light up because they follow the same map. (Message me if you want more info cos this could get really sciencey really quickly)

Now that the boring stuff is out of the way, I want to bring up an example of how I use this mysterious mental practise to make myself and my athletes mentally stronger and therefore better performers. Today I just want to focus on why I think this is important and give you the evidence to convince you that this is worth spending time on to develop your skating. Later on I’ll go more into the “how”.

So I want to talk about my sister Mercedes. I’ve been coaching Mercedes in free skating for a while now and I’ve been mentored by Senior coaches (shout out to Anna, Jacqui and Clare for all their help with Mercedes) in this area because obviously I’m a dance skater (but did you know I started off as a free skater?!). At nationals, I was in the marshalling area before Cadet free skating with Anna and we both knew it just wasn’t going to be a good free skating day. In my opinion, free skating is so temperamental. You’re either on or you’re off. You have to be so mentally strong to pull yourself out of  bad free skating day and into a good one. It takes a lot of mental strength to pull off a perfect routine and I take my hat off to free skaters cos I really don’t know how they hold that amount of concentration for so long.

Anyway, the warm up had not gone well. Being a coach in the marshalling area and watching your skater fall during their warm up and beating themselves up about it, sucks. Lucky for me, Mercedes was the last skater in her group and it was long programme which meant I had 15 minutes to turn it all around. I knew she could do the stuff, all she needed was a new head space. Also lucky for me, Mercedes knows how I am about mental training and trusts that it works because she’s done it a million times. This is another important point. In order for this to work, you also have to work. Don’t think that a few breathing exercises will turn you into a super skater. You have to actively work at this every training session and every competition. You have to build your mind just like you build your body. You don’t just wake up and suddenly you’re mentally strong because you’ve learnt how to breathe. The exercises are easier said than done.They take up concentration, discipline and practise to master.

So here’s what I did. I took Mercedes away from the marshalling into the toilets and played some calming music through headphones and guided her through the following:

With eyes closed, breathe into your belly through your nose as slowly and deeply as you can, hold for a few seconds then let it out as slowly and lightly as possible through your mouth. Repeat 5 times or more. Concentrate on breathing and nothing else. Forget where you are.

Come back to normal deep breaths and feel your body on the seat (grounding yourself in the moment). Feel where your body is touching the seat and “scan” your body. Start at the top of your head and work your way down feeling every part of of your body. Notice how it feels but don’t react. There is no right or wrong way to feel. Thoughts will come and go because that’s what brains do but you don’t have to explore any thoughts. You just think. You simply notice the feeling or thought and move on. This takes a lot of practise to master. It is a combination of grounding yourself in the present and mindfulness.

Then I got her to go through her routine off skates with her music but I re-focused her mind. I gave her a character to focus on. Since this is a Frozen routine, I told her that Elsa was going to do her long programme. I told her to let Mercedes worry about her long programme later. “Let Elsa take over and really become the character (Also a trick to making free skating more enjoyable to watch). Mercedes can have a bad free skating day but Elsa is a queen and she’s here to slay this programme.”

This may sound hilarious and almost too far but it works! It takes pressure off “Mercedes” because she’s not the one going out there, it’s Elsa. Your body knows the routine and what to do. You just have to take your mind on a break and let your body do the skating. After all the practise you have done leading up to a competition, your mind can just take a break. Trust your body.

Often what keeps us from enjoying our sport is the fear of letting yourself down. By giving yourself a character, you take that fear away because it’s no longer you that does the routine. I use this trick all the time when I’m feeling anxious.

And it worked! After falling on almost every element in the warm up, Mercedes managed an almost clean long programme with only 1 fall. It may have worked a little too well though cos she got a little too far into the character and started doing a spin instead of a double loop! (Elsa just wanted to do that spin again cos it worked so well the first time haha!)

I fully believe that if she had been the first skater in her group, things would have gone very differently. I’m looking forward to writing more about mental training because it’s something that I’ve used countless times and something I’m very passionate about so stay tuned!

Skaters: It is not as hopeless as you may think. A negative head space is just that, a head space.You got yourself into it and you are capable of getting yourself out with the right tools. 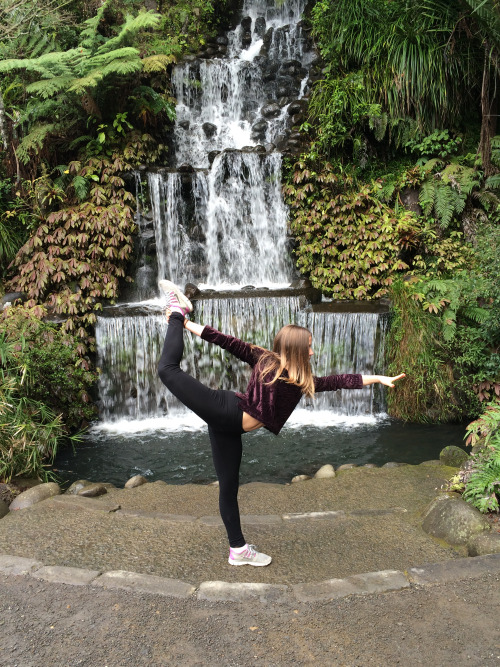