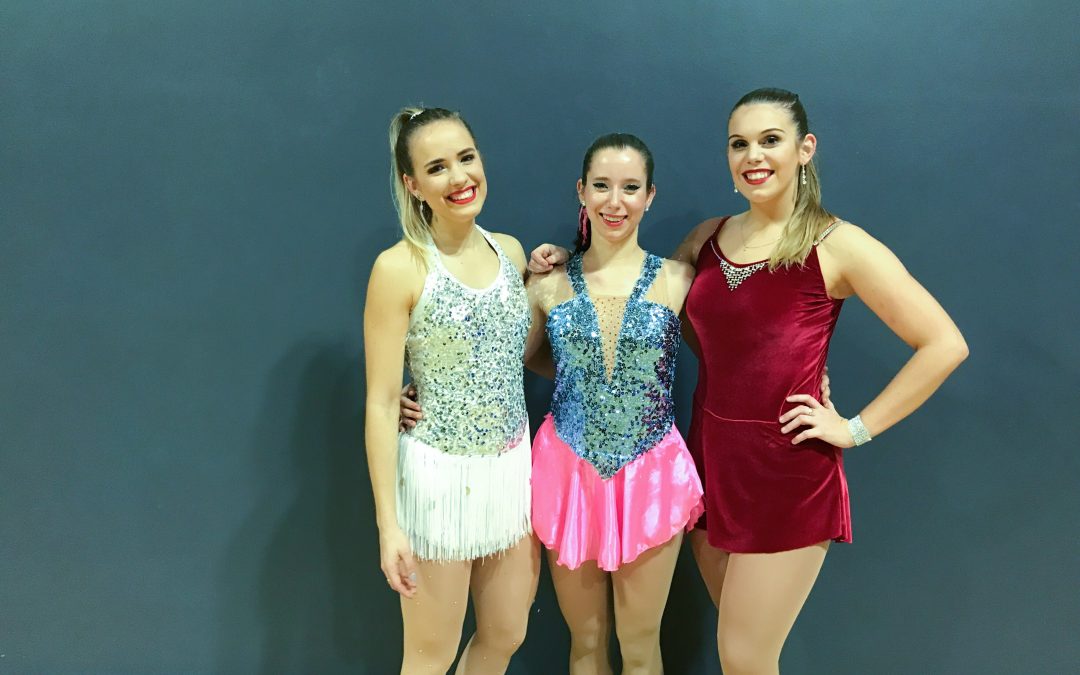 I’m back from my holiday!

And I’m ready to talk. This is gonna be a tough blog to write and it may turn out to be a bit of a ramble but I think it’s important for my own mental recovery to share my story. And who knows who it could help… My experience might hit home with someone out there who is going through something similar.

So I’m going to talk about Oceanias 2017. As with every competition, it came with its own unique set of challenges. I went into competition feeling ready and organised. I was confident in my routines but maybe feeling a little more unfit than usual. This was probably either in my head or a consequence of mild over training. I have been training for a half marathon so I’ve been doing a lot more low intensity, long distance running which is new to me and also added a bit more volume than I’m used to. Since skating is high intensity and short in duration, it was probably not what I needed to be doing leading up to Oceanias. But hey, I’ve learnt my lesson (or have I…?). This was not a major though. I always complain of feeling unfit but in reality, my “unfit” state is being able to get through only 2 back to back routines rather than 3+. So I was relatively fine. If anything, it just messed with my mind a little.

I started the week feeling great. Unofficial and official trainings were good, the floor was great and the atmosphere was awesome. That first day we had nearly 1.5 hours of training and 2 events that night. Considering I have only been doing 3-7 hours of training on skates a week leading up to Oceanias, that’s a lot for me. I know others get way more time on skates and that’s cool for you but I should’ve known better than to train for that long right before competition. Rookie mistake number 1.

Skip forward to compulsories, I felt ok. I had time to rest in between training and the first event but I was still depleted. After many years of skating and competing, I know that I skate best when I’m relaxed. I consider myself a performer. I put in the hard work at home so that on the day, I get to have fun and fully experience the art form that is this sport. But on this day, I was nervous. I could tell I didn’t feel like myself and was lost when it came to warming up even though I’ve literally done this hundreds of times. It was weird. I can’t remember the last time I felt like that. I did all the things within my power to turn it around (meditation, warm up, put skates on, visualise) but when I was just about to step on the floor the weirdest thought came into my head, “don’t trip”. I caught the thought straight away and recognised it and pushed it aside but that moment of doubt, really threw me off. And so when I stepped out there and started my dance, what did I do? I tripped. As soon as it happened, there was a tiny moment of panic but I thought to myself “hell nah, you did not bust your ass for months just to throw the whole dance away now! There’s still another round to go!!” So I soldiered on. I’m proud of how quickly I picked it up and how the rest of the dance was hardly affected but as soon as I stepped off the floor, the negativity started. “How could you?” “When was the last time you’ve even tripped?!” “You’ve done this for years, why couldn’t you have tripped at Areas or at any other competition!” “Why now?!” “Why me?” I’m disappointed that I let that little thought get to me. But I am only human. In reality, the trip was not a major. I did not fall and I hardly lost timing. The second round was fine. A bad skate can feel very much like heartbreak. That stomach wrenching feeling of having to pretend you’re fine but on the inside, a deep rage is building. The shame of having to admit defeat to something you have done a million times perfectly but on the day it went wrong. That one mistake that keeps repeating in your head and amplifies every time it replays so that it ends up feeling way worse than it actually was. In a way, a bad skate feels like a loss. I found myself longing to change the past and wishing I could go back but obviously, that’s a useless thought process. I wanted to run and hide but I had to skate again in a few hours so I couldn’t let myself mourn. Instead, I had to get out of my head or it was going to ruin me. I forced myself to stay present and support the other kiwis skating to get out of my mind. Eventually, I talked myself around.

As I mentioned earlier, I skate best when I’m relaxed and having fun. Why else would I be here if it’s not fun? Yea sure it’s fun to get all the steps perfect but focusing on perfection doesn’t work for me. I focus on the feeling of the music, the feeling of my character and the feeling of the steps. I become part of the music. So to get out of the mental black hole I was quickly heading towards, I said “f**k it”. “Why am I here? I’m here for me. I’m here because I chose to do this. No one is making me skate. No one will die if I don’t skate. This is my choice. I’m here because performing is what I do. I love my style dance and I have so much fun doing it. What is the point of adding pressure on myself to pull up the ranks if I hate what I’m doing. I’m not going to waste my own damn time by being miserable about something I can’t change. Let’s just perform and enjoy the moment”. And so I did! Style dance was a different story. I’ve been wanting to skate to Christina Aguilera for as long as I can remember but the opportunity didn’t arise until now. I reminded myself of how far this routine has come and how much my skating has improved since last year but above all, I just concentrated on the feeling. I knew I wanted to come off the floor knowing I gave it everything I had so I just concentrated on the music and let it take me away. Sure it wasn’t the tidiest routine I’ve ever done but it felt great and that’s what this sport is all about for me. I came off the floor satisfied with my skate and happy that I had done the best I could on that day.

So after style dance, I still had one more event to go. My freedance was on Saturday and I don’t even know what actually happened at this event…. The highlight was definitely my style dance and the low point was my compulsory dance… So now I can’t even remember what happened in my freedance apart from my end position somehow ending up on the floor?? To be honest, I was just distracted. I should’ve known better than to just relax completely and do whatever. Right before I skated, I was just looking forward to the competition being over which is never a good sign. Rookie mistake. There’s nothing that can be done about it now. Plus I have way too much stuff to look forward to to be sad about the outcome anymore. I have a half marathon on October 29th, I have new skaters to coach and lots of new routines to make up for my skaters and for myself, new music to cut and a skating seminar in Perth in December. On top of that, I’m changing my day job soon! I have another year to plan out and friends to see and catch up with that I ignored or blew off while I was training for Oceanias (sorry!).

In conclusion, I have learned some really powerful lessons from this competition that I can work on for next year. And I have a book list longer than my arm to get through that will help me get there. For now, it is time to rest and enjoy a month off from skating so when November comes around, I’m relaxed, fresh and ready to chase down new goals.